Mysuru, August 30, 2021: “Jagadguru Sri Shivarathri Rajendra Mahaswamiji was a visionary and a socio-spiritual leader who strived for the all over development of humanity by spreading the importance of education across the globe,” opined Dr. L. Murugan, Union Minister of State for Fisheries, Animal Husbandry, Dairy and Information, and Broadcasting.

The Minister inaugurated the JSS Community Radio 91.2 FM Station and106th Jayanthi Mahtosav by lighting the lamp. In his address, he mentioned JSS Mahavidyapeetha as one of the biggest institution, which has earned a very reputed and respectable name in the field of social, cultural, and educational aspects. “The JSS Community Radio Station is yet another milestone towards serving the society,” he said. He hoped that the establishment of the radio station will fulfill the aspirations of Swamiji the way it is deemed to be.

His Holiness Jagadguru Sri Shivarathri Deshikendra Swamiji in his blessings recalled the coincidence of the inauguration of JSS Radio Station on the auspicious day of the 106th Jayanthi celebration of Jagadguru Sri Shivarathri Rajendra Mahaswamiji, in the first college that was established by JSSMVP. “Sri Shivarathri Rajendra Mahaswamiji’s contribution is not limited only to humanity but also in various other fields including education, art, culture, literature, music, etc. He was a great visionary, who followed the footsteps of his predecessors for the all over development of the society,” he added.

MLA and former Minister Sri S A Ramadas presided over the programme. In his address, he expressed his view that it is a proud moment as the JSS Radio Station was inaugurated exactly after a century, in a city that aired the very first radio station in the country. He also mentioned that the programs that will be broadcasted through the JSS Community radio are helpful to the entire community in and around Mysuru.

Sri Tanveer Sait, MLA, in his speech, mentioned it is a historical event. As a Mysurean he cited the examples of several institutions that have completed hundred years like the Mysuru Akashavani, University of Mysore, and KR Hospital. He also remembered the contributions of the Suttur Srimath in the field of education.

Prof. G Hemantha Kumar, Vice-Chancellor, University of Mysore, in his address said that apart from education the institution is working towards the betterment of public health, all over development of rural society and upliftment of the vulnerable section. He felt that radio is a powerful tool in creating awareness among the people and ensure active participation of the community.

Smt. Sunanda Palanethra, Worshipful Mayor, Mysuru City Corporation, released the logo of JSS Radio Station. In her address, she said that she is blessed for giving her an opportunity to take part in the function as it is her first public program after taking charge of the office.

Prof B V Sambashivaiah, Chief Executive of the college welcomed the dignitaries and the invitees. Dr. H C Honnappa, Principal, proposed a vote of thanks. 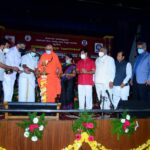 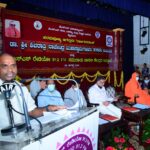 The JSS Mahavidyapeetha has been contributing a sum of Rs. 1 lakh every year on August 29, on the occasion of Paramapujya Jagadguru Dr. Sri Shivarathri Rajendra Mahaswamiji Jayanthi Mahotsav, to the Chamarajendra Zoological Garden in Mysuru for maintenance of the animals and birds in the Zoo

The JSS Mahavidyapeetha has been contributing a sum of Rs. 1 lakh every year on August 29, on the occasion of Paramapujya Jagadguru Dr. Sri Shivarathri Rajendra Mahaswamiji Jayanthi Mahotsav, to the Chamarajendra Zoological Garden in Mysuru for maintenance of the animals and birds in the zoo. This year also a cheque for a sum of Rs. 1 lakh was handed over to Sri C.R. Rajegowda, Manager, Chamarajendra Zoo, Mysuru, by Sri S. Shivakumaraswamy, Secretary, JSS MVP, on August 27. Prof. Morabada Mallikarjuna and Sri B. Niranjanamurthy were present.

Mysuru, August 27, 2021: The inauguration of the 106th Jayanthi celebrations of His Holiness Paramapujya Jagadguru Dr. Sri Shivarathri Rajendra Mahaswamiji, and JSS Radio, 91.2 FM Community Radio, will be held at 11.00 am on August 29, 2021, in the JSS College of Arts, Commerce, and Science premises, in Ooty Road, Mysuru.

The Suttur Jagadguru Sri Veerasimhasana Mahasamsthana Math, which has a rich history of more than one thousand years is engaged in the upliftment of human lives. The 23rd Pontiff of the Srimath, HH Paramapujya Jagadguru Dr. Sri Shivarathri Rajendra Mahaswamiji, was a visionary. He established the JSS Mahavidyapeetha in the year 1954. With the valuable guidance of the present pontiff Parampujya Jagadguru Sri Shivarathri Deshikendra Mahaswamiji, the JSS MVP has extended its educational services at the National and International level possessing more than 300 institutions. The JSS group which is known for its noble service and innovation has added another feather in its cap by introducing the JSS Radio 91.2 FM Community Radio Centre.

This community radio is started with the permission of the Department of Information and Broadcasting, Government of India. This radio will function from 7.00 am to 8.00 am and again from 4.00 pm to 5.00 pm. Programs such as ‘Karunaalu Baa Belake,’ ‘Jeeva Sanjeevini,’ ‘Pratibha Vilasa,’ ‘Kavya Parampare,’ ‘Krishi,’ ‘Idu Namma Naadu,’ ‘Bhavasangama,’ ‘Ivaru Nammavaru,’ ‘Parisara Parichaya,’ ‘Ayur Satya,’ ‘Jnana Sudha,’ ‘Vignana-Jaana Suddi,’ ‘Shikshana,’ ‘Kanoonu Arivu,’ will be broadcasted.

Opportunities will be given for students, youth, senior citizens, labourers, experts of various fields, agriculturists, and the general public to participate in the programs.

You can tune the JSS Radio 91.2 FM can on your radio sets and mobile phones, by downloading the app from Google Playstore and you can also access it through the website: www.jsscacs.edu.in

Due to COVID-19 Pandemic the number of participations is limited. All those who will participate in the program are requested to follow all the COVID-19 precautionary guidelines without fail. You can watch the program live at http://Youtube.com/c/JSSMahavidyapeethaonline; www.facebook.com/JSSMVP and http://jssonline.org.

Praveen is an alumnus of the JSS School in Halingali Village of Jamkhandi Taluk in Bagalkote District. Speaking after receiving the felicitation he expressed his view that the Suttur Residential School had provided food, shelter, and education to thousands of children like him and helped them to settle in their lives. “While studying I had an interest in Kabaddi and I used to play it a lot. It helped me to maintain physical fitness. I utilized my interest and skills in sports and it helped me to take part in international tournaments,” he added.

“I belong to a poor family. With the blessings of Paramapujya Jagadguru Sri Shivarathri Deshikendra Mahaswamiji today I could become a good sportsperson and achieve. I thank the JSS Educational Institution for providing me a strong foundation. I also am very happy about visiting the school where I learnt,” he said.

International Wrestler Sri Praveen Shambhuling Sunagara, who is an alumnus of the JSS Residential School, in Suttur, was felicitated during his visit recently. Sri B.A. Rajashekar, Director, Physical Education Department, JSS Mahavidyapeetha, felicitated him. Heads of various departments are seen in the above picture.

Sri Haraguru Charamurthy will participate in the mass marriages held at Suttur Srikshetra along with the relatives and friends of the couples and bless them.

Due to the ongoing COVID-19 Pandemic and government guidelines, all those who participate should compulsorily wear a mask, maintain social distancing and also undergo all other guidelines like thermal scanning, washing hands, and sanitizing.

This month’s mass marriage program is scheduled for September 13, 2021, Monday. Those interested are requested to contact the Administrative Officer, JSS Educational Institution, Suttur, eight days before either directly by visiting the office in Suttur or call on phone number: 0821-232217, 232033, 9741342222 and register names.

‘We should come out of greedy life’ 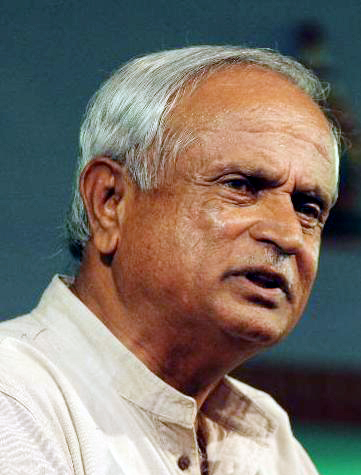 Mysuru, August 17, 2021: “Father of the Nation Mahatma Gandhiji lived a simple life. It is a message for all of us. But today a situation has arisen where we all have become greedy, we need to come out of it,” opined Prof. G.B. Shivaramu, Trustee, Kasturba Gandhi National Memorial Trust, Indore, and Arasikere.

He participated in the ‘Jnaanavaaridhi-37,’ digital weekly lecture program, on the topic, “Relevance of Gandhi’s Principles,” organized by the Sri Shivaratheeshwara Dharmika Datti, JSS Mahavidyapeetha, held on August 16, 2021. In his address, he said, “In Gandhi’s thoughts, there are solutions to all the problems of the world. Even great personalities like Martin Luther King, Nelson Mandela were influenced by Gandhiji. Mahatma Gandhiji’s personality was such that he possessed all the qualities of other great leaders like Buddha, Basavanna, and Ambedkar. He was an embodiment of humanity. Only him can say that ‘My life itself is a message.” It was his principle to hate sin, not the sinner. He had the strength of bringing tears in the eyes of even enemies,” he said.

Speaking on the occasion, G. Ramachandra mentioned Mahatma Gandhiji as a ‘volcano of truth and non-violence. “Gandhiji is not a person who can only be discussed, he was a personality from whom we should get inspired, says litterateur Devanauru Mahadeva. Renowned scientist Albert Einstein had told that the future generation may not believe that such a person existed. Many great leaders of the world had appreciated Mahatma Gandhiji. About 265 universities in Western countries have introduced study courses on Mahatma Gandhiji. When we notice all we can understand his greatness,” he added.

India is on the path of becoming ‘Global Leader’: Sri Go. Madhusudan

Mysuru, August 15, 2021: “India, which is celebrating its platinum jubilee Independence, is galloping towards becoming a developed nation by achieving in several fields. We should not forget our struggle for freedom and slavery which we had to do for centuries. There are lots of lessons from the freedom struggle. Today we are aware of the significance of independence and the value of our culture and language. We are in the process of building the future of India. We should all lead our country together towards unity and a stronger nation. We are on the path of achievement and development and the entire world is noticing our progress. India is once again on the path of emerging as a global leader. There are lots of sacrifices of several freedom fighters and patriots behind this,” opined former MLC Go. Madhusudan.

He participated as the chief guest at the 75th Independence Day celebrations organized at the JSS College of Arts, Science, and Commerce, Ooty Road, Mysuru. In his address, he said, “Today’s generation should try to know about the history and the struggle for freedom and the stories behind our independence. Students should develop a habit of analysation and criticism while studying. In our history, there are several meanings for ‘freedom fight.’ You should understand them and strive to make our country stronger,” he added.

Prof. B.A. Sambashivaiah, Chief Executive of the College presided over the program. 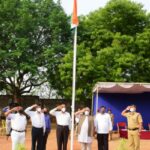 Three couples tied the knot at the monthly mass marriage program held at the Suttur Srimath. Sri Duggahatti Veerabhadraswamy, Convener, Mass Marriages Committee and Heads of various departments of the JSS Institution, Suttur, are seen in the picture.

All the 529 students of the JSS High School, Suttur, who had appeared for the SSLC exams have passed registering 100% results for the school. 254 students have scored above 500 marks out of the total 625. While 149 students have scored distinction, 332 have been promoted with a first class and 40 with second class.

Administrative officers, coordinating officers, Headmasters, wardens, school and hostel teachers and non-teaching staff have congratulated all the students for bringing good results to the school
.

Due to the fear of possible 3rd wave of the COVID-19 Pandemic entry of devotees and other public is restricted. Hence, all are requested to witness the puja programs and other rituals online by visiting the following link: