The 7-year-old, Rishi Shivaprasanna is considered the ‘Kannada Kanmani.’ Rishi is a precocious child, who is the youngest Indian “Mensan” (Mensa International), featured in prestigious Byju’s YOUNG GENIUS, hosted by the CNN NETWORK 18. He is highly inquisitive and his inclinations towards Science and Technology, Mathematics, Space Science and coding is one of his intriguing traits. He has bagged many certifications from various competitions in coding, academics, chess, speakathon, etc.

The program will also include interaction with the students and felicitation to Rishi Shivaprasanna.

The 2022 wall and pocket calendars published by the Sri Veerasimhasana Mahasamsthana Math, Suttur Srikshetra, and the JSS Mahavidyapeetha, Mysuru, were released during the Jatra Mahotsav preparatory meeting held at Suttur Sriskshetra, on December 8, 2021. Pontiffs of several maths, Haraguru Charamurthy, officers of various departments of the JSS MVP, and other dignitaries are seen in the picture.

The preparatory meeting of the Jatra Mahotsav scheduled to be held in January – February 2022 was also held today. The wall and pocket calendars published by the Jagadguru Sri Veerasimhasana Mahasamsthana Math, Suttur Srikshetra, and JSS Mahavidyapeetha, Mysuru, were also released on the occasion.

A total number of 16 couples tied the knot at the 101st monthly mass marriage program conducted by the Suttur Srimath. Convener of the mass marriage program, Heads of various departments of the JSS Educational Institutions and others are seen in the picture along with the newly married couples.

Mysuru, December 7, 2021: The students of the JSS PU College, Ooty Road, Mysuru took part in the taluk-level boys volleyball tournament conducted at the Kaveri PU College from November 26 to November 28 and have secured first place in the tournament.

Mysuru, December 7, 2021: Following the announcement of the self-retirement of the Akihla Bharatha Sharana Sahitya Parishat President Dr. Go.Ru. Channabasappa due to age factors, senior Vidwan Prof. Maleyuru Guruswamy has been appointed in his place as the President.

Dr. Go.Ru. Channabasappa was the President of the Parishath for the last 25 years. After he announced his self-retirement, Prof. Maleyuru Guruswamy has been unanimously elected as the President at the Executive Committee meeting.

Prof. Maleyuru Guruswamy took over the charge from Dr. Go.Ru. Channabasappa, on December 6, 2021, in the presence of Paramapujya Jagadguru Sri Shivarathri Deshikendra Mahaswamiji, Honorary President, Akhila Bharatha Sharana Sahitya Parishat, and Pujya Dr. Sri Thontada Siddarama Mahaswmi and as per the approval of the Executive Committee.

Heads of various branches of the Parishath across the State have congratulated the new President-elect.

Suttur, December 6, 2021: The 36th Death Anniversary of His Holiness Jagadguru Dr. Shivarathri Rajendra Mahaswamiji will be held at the Suttur Srikshetra on December 8, Wednesday, in the divine presence of Paramapujya Jagadguru Sri Shivarathri Deshikendra Mahaswamiji. Special pooja and Rudrabhishek will be performed at the holy shrine early in the morning.

Those who participate in the program and the meeting are suggested to follow COVID-appropriate guidelines provided by the government.

Suttur, December 6, 2021: The ICAR JSS Krishi Vignan Kendra, Suttur, had organized the Kshetrotsava (‘Field Day’) on turmeric crop, at the Kupparavalli Village, in Nanjangud Taluk, on the fifth day of the Technology Week. Information was provided to the farmers about the turmeric variety released by the Indian Institute of Spices Research, which gives more yield, by taking them on a field visit.

In her address to the farmers, JSS KVK senior scientist and Head Smt. Divya informed in detail about the various programs of KVK and Technology Week.

Gangappa Hipparagi, Farm Manager, JSS KVK shared his knowledge about growing turmeric crops. Dr. Vinay G.M., Horticulture Scientist, JSS KVK explained in detail the characteristics of the ‘Prathiba’ variety (turmeric). He also informed the participants that the various varieties including Prabha, Kedaram, Alipi Supreme, and the Prathiba,’ released by the Indian Institute of Spices Research give more yield and the farmers can earn more profit. Cultivation scientist Shamraj explained the various other programs of the JSS KVK.

Rajanna, Veterinarian Dr. Rakshith Raj, and others took part in the program. More than 40 male and female farmers utilized the benefit of the ‘Field Day.’ 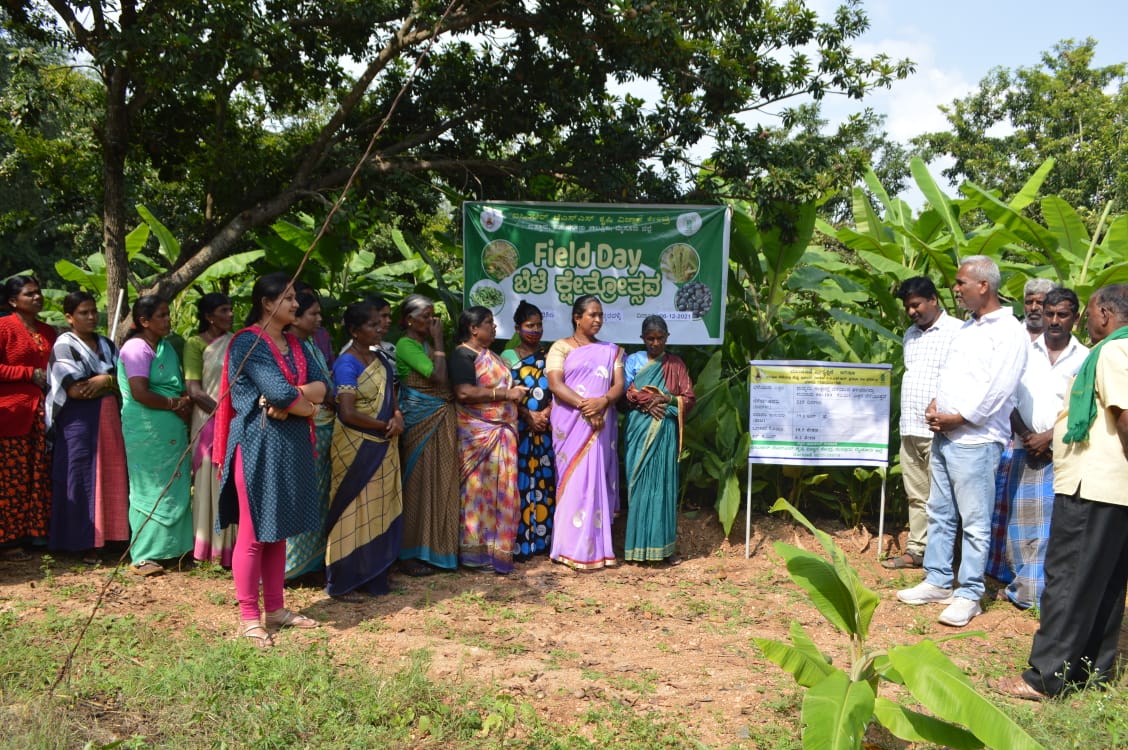 Kshetrotsava (Field Day) on the highest yield giving tumeric variety ‘Pratihba,’ released by the Indian Institute of Spices Research was conducted by the ICAR JSS KVK, at Suttur.

Mysuru, December 06, 2021: The JSS Ayurveda College and Hospital, Mysuru, conducted a program on December 2, 2021, Thursday, on the occasion of the ‘Dhanvantri Jayanti.’

A Dhanvantri Homa was performed in the Hospital premises as part of the program. 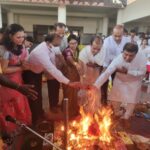 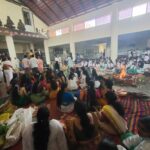 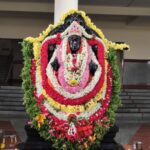 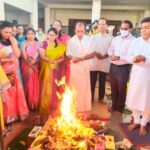 Reservation is not caste-based – Dr. Jahnavi

She participated as the chief guest of a program on ‘Constitution Day,’ held at the JSS College of Arts, Commerce, and Science, B.N. Road, Mysuru. “The Constitution of India is one of the best constitutions the world has ever seen. Our constitution stresses social justice. There is a provision of reservation in this context. We should not reflect it as the reservation is provided based on a caste basis for SCs and STs. We should consider it as the majority of those people who come under this category are socially and financially backward,” she explained.

Prof. B.A. Sambashivaiah, Chief Executive of the College, presided over the program. In his address, he said, “The constitution of India consists of several points of the constitutions of Britain, Ireland, Japan, America, South Africa, Germany, Australia, and Canada. Our constitution is a result of the efforts made for two years, 11 months, and 18 days. Dr. Rajendra Prasad, President of the Constitution Drafting Committee, in his speech, paid his respects to the Father of our Nation, Mahatma Gandhiji by presenting the approved final constitution. He also paid his gratitude to all those who were involved in drafting the constitution. Hence, this is a day where all of us, who are living under this constitution should pay our respects to all those who has given us such a good constitution. We should always remember the efforts and contribution of the architect of the Indian Constitution, Dr. B.R. Ambedkar,” he said.